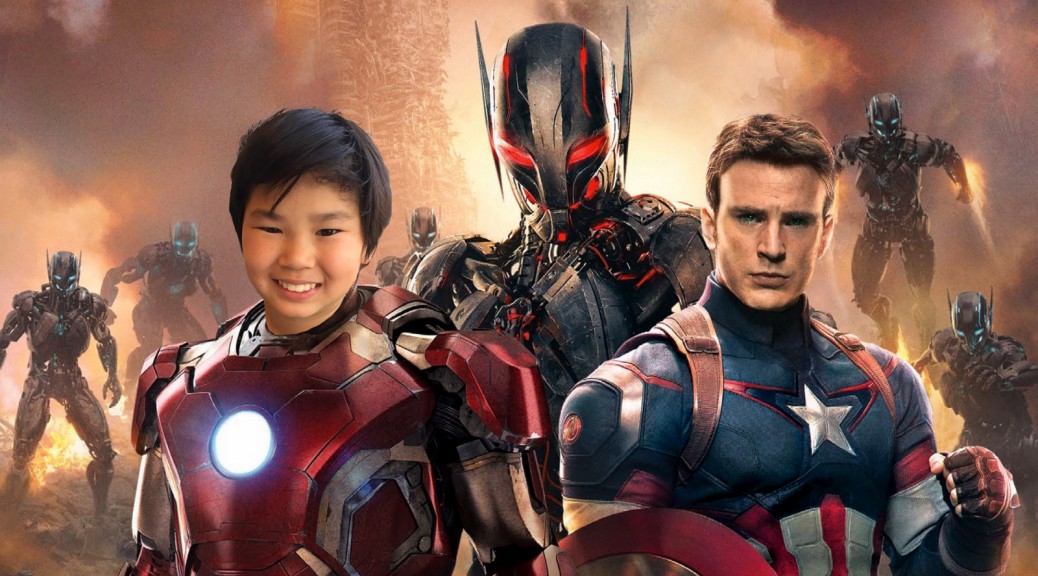 The Avengers: Age of Ultron the movie was an absolutely great movie. I liked the humor which was fairly enough and the action was full of excitement. The previous Avenger’s movie had lots of action, but it didn’t have enough plot and excitement while this movie had an equal balance.

I got to admit there is one thing weird though like Ultron’s face on how its mouth move looks like a human mouth’s movement instead of an actual robot. I also didn’t like in the final battle, some of the dialogue between Ultron and an Avenger member was just unnecessary.

I would recommend watching with kids that are 8+ or older. Kids at age 8 might still get nightmares. It is really fun to watch and I believe it is appropriate to all 8 or above. If I had to give it a rating it would be a 4 1/2 Stars out of 5.

One thought on “Kid’s Blog: Avengers Age of Ultron Review”